From the town of El Cobre in Eastern Cuba, about 15km out of Santiago de Cuba, you can see the monument to the Cimarrón (runaway slave) rise up on the Cardenillo hill and on the parallel hill, to the north, the famous church of ‘La Virgen de la Caridad del Cobre’ with its distinctive architecture. This virgin of charity is also the patron saint of Cuba. The site is a force of identity.

A 10-minute hike up a stone staircase brings you to the Cimarrón sculpture commemorating the 17th-century copper mine revolt by enslaved people. It’s now the location of one of Cuba’s most important Santería gatherings in July, Ceremonia a los Cimarrónes (part of the Fiesta del Caribe). Views are superb from up here; walk to the far side of the sculpture for a vista of copper-coloured cliffs hanging over the aqua-green reservoir.

The ‘El Cerro’ copper mine was first located by Spanish conquerors 1529 and was immediately brought to the King’s attention. Indigenous people and enslaved people brought from Africa were forced to work in the extraction of the valuable copper that was used in the manufacture of cannons and later for utensils and machinery in the nascent sugar industry. It was the oldest open-pit mine in Latin America. One of the earliest slave rebellions in America took place here in the 17th century.

The Cimarrón monument is made from bronze. The sculpture was created by Santiago artist, Alberto Lescay, and rises to more than 9 metres tall: it looks like an open hand to the sky raised from the depths stopping the wind. At the base is a Nganga, a Congo cauldron, which is a spiritual source of strength with African roots; it has the body and hands of a man but appears to have the head of a horse, dog or other wild animal. It represents the moment the cimarrón was transformed to take flight, so as not to be seen or captured. According to stories, he was transformed into a tree or an animal … However the monument is interpreted, it is all about human freedom. 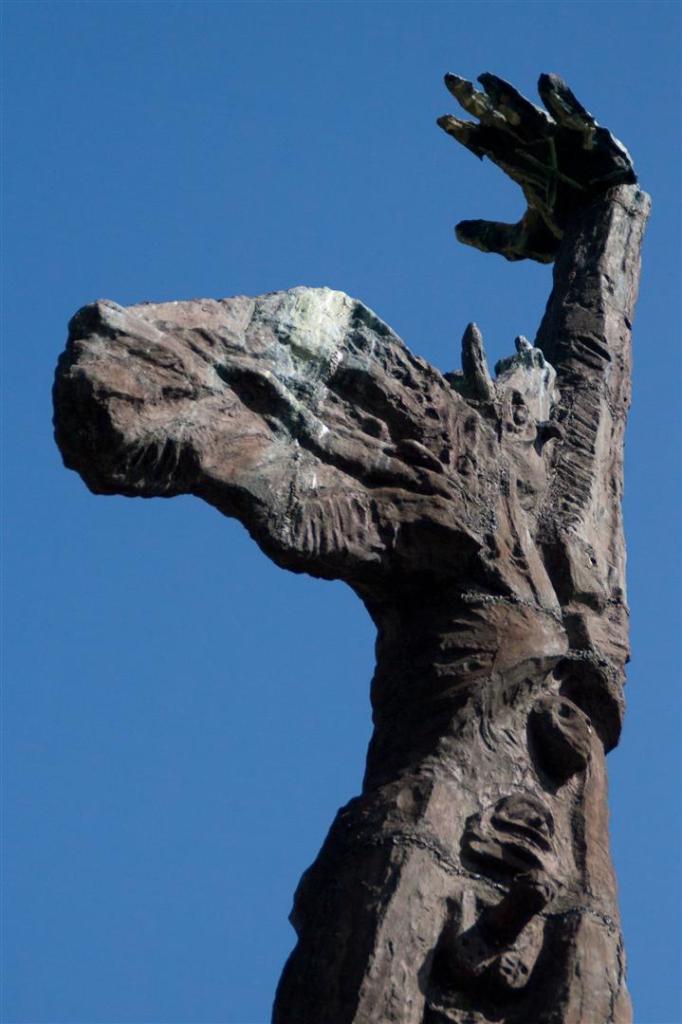 The Cimarrón monument was unveiled during the 1997 Festival of Caribbean Culture and is part of the UNESCO Slave Route international project that begins on the African coasts. The town of El Cobre is seen as a milestone in the History of Slavery in the Caribbean.

Link to full article by El Chago in spanish here

Watch a short video about the history of the site, the sculpture and its significance here

On a day like today 20 February the wonderful Cuban singer Ibrahim Ferrer was born in 1927. He passed away 15 years ago but his memory lives on with so many great Cuban songs. He was a great singer of son but sang many boleros with buena vista social club. Which is your favourite Ibrahim Ferrer track?
Happy Birthday to the FAC Fábrica de Arte Cubano - in Havana - 7 years today!
Fatima Patterson is a top Cuban theatre actor, director and playwright, celebrating her 70th birthday this week. With her company Macuba she has dedicated the last 30 years to making amazing theatre embedded physically, narratively and spiritually in her home town of Santiago de Cuba. In this recent interview she talks about her approach to theatre, her themes, and her view on the way forward for artists out of the pandemic.
“Con todos, y para el bien de todos” (With everyone and for the benefit of everyone)
New documentary 'Castro's Spies' will make its debut in the UK screened online from 26 February as part of the Glasgow Film Festival.
From 19-24 January Cuba's world-renowned festival #JazzPlaza2021 is offering many hours of live performances, descargas, master classes and discussions online. What is on offer is incredible so if you are a Cuban music or jazz fan you must feast on it now!