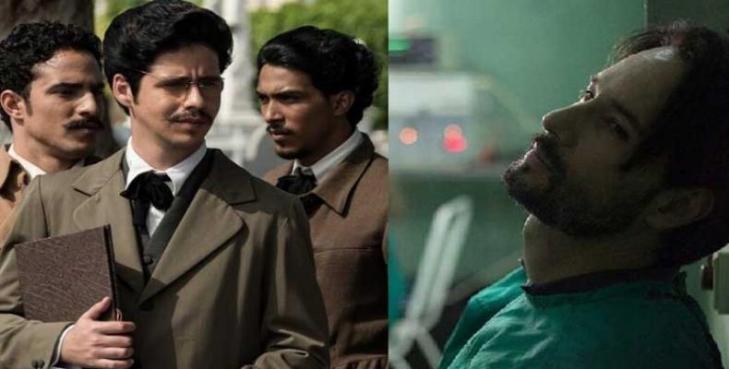 ICAIC, the Cuban film industry institute announced 30 August that the Cuban feature films ‘Un Traductor’ (‘A translator’), and ‘Inocencia’ (‘Innocence’), will be the official submissions to represent the island at the Oscar and Goya awards, respectively.

The films were chosen after thorough discussions by the selection commission body established for this purpose and coordinated by ICAIC (Cuban Institute of Cinematographic Art and Industry).

‘Un Traductor’, co-produced with Canada and directed by the brothers Rodrigo and Sebastián Barriuso, will be included in the category of Best Foreign Film in the 92nd annual Academy Awards (Oscars) in the US, which will announce the winners on February 9, 2020 in California.

‘Inocencia’, a film directed by Alejandro Gil, produced by ICAIC, will compete for the Goya prize in the Best Ibero-American film section, which will be announced in Malaga, Spain in January 2020.

Link to report by Radio Havana in spanish

More about the films:

In 1989 Havana, Russian literature professor Malin gets a mysterious note at the university with orders from the government sending him to a local hospital, where he learns he is expected to act as translator between the Cuban doctors and the families of young patients from the Chernobyl disaster. Initially raging against his new role, Malin is forced to stay on, and he eventually becomes deeply devoted to his patients. But while he becomes “king of the kids” at the hospital, his relationships with his pregnant wife and young son suffer. Meanwhile, life around all of them shifts as the “Special Period”—the economic crisis in Cuba that followed the dissolution of the Soviet Union—begins.

Rooted in the little-known true story of how twenty thousand Chernobyl victims were eventually treated in Cuba, Un Traductor immerses an emotional drama in crisply shot, beautifully realized period detail of Havana in 1989. Veteran actor Rodrigo Santoro brings dignity and charm to his performance as a good-hearted man in turmoil, and directors Rodrigo and Sebastián Barriuso, in their elegant feature debut, depict a tale at once historical and personal, all while demonstrating a truly impressive adeptness at their visual craft. (From Sundance website here) The production is a Cuba-Canada collaboration.

Watch the trailer for Un Traductor with English subtitles

Fiction film directed by Alejandro Gil, inspired by the true life tragic event that occurred on November 27, 1871 in Havana, with the execution of eight Cuban medical students by the Spanish colonial authorities.

Synopsis: Cuba, November 1871. First year medical students are imprisoned for an unfair accusation, but only eight of them will be victims of an unexpected outcome. After sixteen years in which Fermín Valdés Domínguez, friend and cellmate of the victims, has struggled to prove the innocence of those young people, a new clue brings him closer to the key that would unravel the hidden truth. A story that will reveal the tireless research of Fermin and those shocking events that led to the most dramatic and sensitive events in Havana in the nineteenth century. Based on real facts.

Some of the actors themselves playing the medical students were still students at Havana University. The filmmaker has said: “I would like the public to realize that it was a terrible event, the triumph of an absurdity arising from a coincidence and a historical circumstance, and I hope that the film will encourage people to find out more about this event that has many edges still to be discovered and reflect to make them better citizens.”