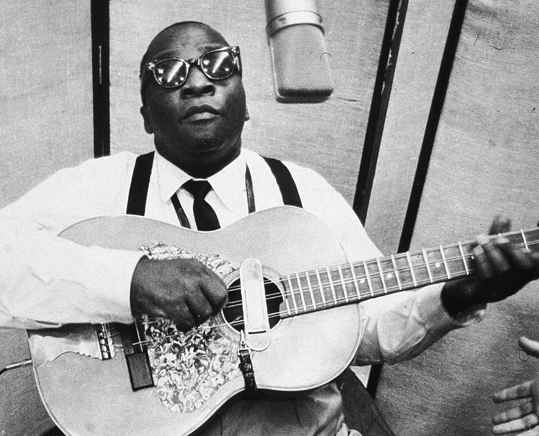 He played tres (type of guitar) and specialised in son, rumba and AfroCuban music styles. Blind from the age of 7 he became one of Cuba’s top tres players. In the 1940s and 1950s he developed performing son in the conjunto (big band) format (he formed the first conjunto in 1940) and contributed to the development of the son montuno which is the basis for modern salsa.

Almost all scholars and fans highlight Arsenio’s impact on the big band as the ideal format in playing son, in the hatching of mambo or in the birth of salsa. However, there are few who remember that in the last concert offered by Ignacio de Loyola Rodríguez Scull, – Arsenio’s true name – in New York’s Central Park, he released a new rhythm that he called quindembo, in which he used, in addition to the instruments of his old ensemble, the yuka drums, and the texts of the pieces performed were in the Congo language.

Quindembo according to Fernando Ortiz was an “Afro-Cuban dance brought by the Congolese. It is danced to the sound of three drums called: yucca, mule and box.”

The grandson of Congo slaves, Arsenio was particularly exposed as a child to musical traditions of African descent, such as the rumba or the rhythms of Santeria and Palo Monte (both syncretic religions). These two elements – the African and the Cuban – coexisted in his identity in a differentiated way.

David F. García, professor of music at the University of North Carolina, in ‘Arsenio Rodríguez and the Transnational Flows of Latin Popular Music’, affirms that the racial and national identity of Arsenio appeared “… marked by a double commitment towards his African heritage, on the one hand, and towards his Cuban heritage, on the other”.

One of the most hermetic songs due to its language, but at the same time the one Arsenio is best known for composing is ‘Bruca Manigua’ (1937). In the lyrics of this son, a highly Spanish style is combined with whole phrases in the Congo language.

Although the first line declares: “I am Carabalí, black flower”, the theme is not Abakuá, but Congo. The song consists of the lament and the denunciation by a slave directed against the mundele (the white masters) that “… it fits with my heart / both matratá, cueppo va fuirí”. The words accompanying numerous Congolese rites are then chanted: “…abre kutawirindinga” (open your ears and listen to what I say). There is a verse in it that reads: “E’tánkangando a lo mundele / bruca manigua …”

In 1969, Rodriguez was invited as a Latino representative to the prestigious “Festival Of American Folklife” in Washington. The idea of the organizers was “… to celebrate black music, through the languages of the New World”, bringing together groups that sang in English, French and Spanish. But, Arsenio surprised Bernice Johnson Reagon, the organizer, indicating that his music was sung in African dialects and not in Spanish.

Towards the ending of his musical career, he created a style he called ‘swing son’. His last album was released in 1968.

Arsenio passed away in 1970 in Los Angeles. As a musician, composer, performer and musical experimenter, Arsenio is regarded as one of the giants of Cuban music. He went on to influence many Cuban musicians that came after him, while also influencing American musicians.

Link to the original article in Spanish by RadioCadenahabana

Watch this video with images and tracks by Arsenio.

Listen to Arsenio famous track ‘Kila, Quique y Chocolate’ named after members of his group. It is a great example of his son montuno which formed the base for salsa, timba and modern Cuban dance music.

Catch this great feature film Yuli The Carlos Acosta Story on BBC2 UK TV this Saturday 15 January 10pm and then on iPlayer for 4 weeks.
Cuban contemporary dance fans!
Cuban pianist, composer and arranger José María Vitier has received the 2021 Cuban National Music Prize. He combines European classical styles with Cuban music genres. He has composed numerous concert scores as well as sound tracks for feature films, including the iconic movie 'Strawberry and Chocolate', and for documentaries. He is also known for his 'Cuban Mass'. Read more about Vitier and his work at https://cuba50.org
Wishing all our followers and friends a very happy New year for 2022! Feliz Año Nuevo!
"Tira tu pasillo!" You can check out 7 great salsa acts in Cuba @BisMusic performing one track each live – Pupy y los que Son Son, Maikel Dinar, Aisar y el Expresso de Cuba, Habana Swing, Leonel Limonta y Azucar Negra, all female group Mulata Son, and Manolito Simonet y su Trabuco.
Painter and sculptor from Santiago de Cuba, Alberto Lescay Merencio, has this week been awarded the 2021 National Prize for Visual Arts, given annually to an artist living in the country, for the work over a significant period of their life.