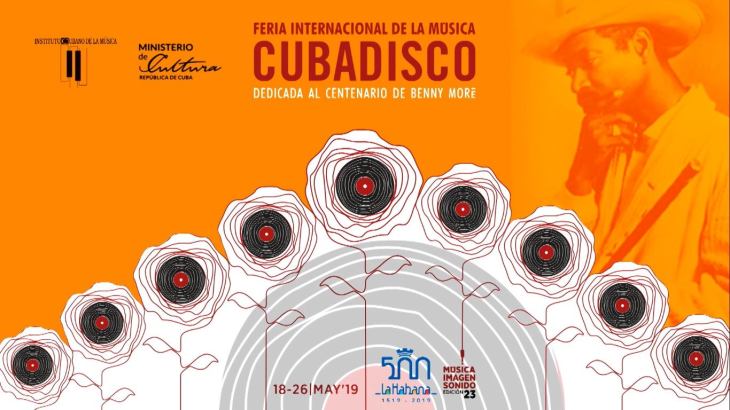 Cubadisco is the annual international trade fair of the Cuban music industry and this year the 23rd Cubadisco took place from May 18 to 26. It is also a competition with prizes for the best new albums. This year there were 29 categories plus some special awards, but the most significant factor was youth. A great many of the artists and performers in all categories across the board were young. For example, the winner of the electronic music prize was a project straight out of the National Electroacoustic Music Laboratory, along with two other nominations.

The Cuban musician Jorge Gómez (who was director of Grupo Moncada), president of the Cubadisco Award Committee, highlighted the quality of the productions this year and said Cubadisco has “always wanted the prize to look more and more like our music industry and for that industry to look more and more like our music.” “I invite you to continue feeling proud of all the works presented. There is a lot of talent at stake; the awards are just the tip of the iceberg, “he said.

The Benny Moré Centennial Prize was awarded to two albums: ‘The Most Bárbaro del Ritmo 1945-1952’ (compilation) and ‘Siempre tu voz. Tribute to Benny Moré’, by Omara Portuondo and the Faílde Orchestra, both on the EGREM Cuban record label.

The event is also a good opportunity to check out the back catalogues of the record companies, with more than 2500 titles of the best Cuban music; to see live shows of the highest level; to participate in meetings with experts in the music industry – record companies, music publishers, musical instrument manufacturers, designers and directors of specialized magazines.

Organisers also try to react to feedback from previous years and are aiming to make the event more accessible to the public, to clean up organizational aspects and to increase the number of presentation spaces to the nominated groups.

But, mainly, they wanted to investigate the importance of seeing the record industry, or rather the music industry – in times where the digital and non-physical commercialization of CDs is booming – as another way to expand borders and boost income for this industry, considering the high quality and interest in Cuban music internationally.

The winners of Cubadisco 2019 were officially announced at the Karl Marx theatre on the night of May 18, in a gala where several of the nominees performed and the show was broadcast live on the Cuban digital TV channel ‘Canal Clave’.

This year Bis Music, the record label of Cuban company ARTex SA, stood out achieving a total of 47 nominations.

AWARD TO THE MUSICAL PRODUCER

Here are just some of the winning  albums:

SPECIAL BENY MORE AWARD: Omara Portuondo and Orquesta Faílde: Siempre tu voz – Homenaje a Benny Moré.  Ethiel Faílde was recently reported saying: “Making this with EGREM and with Omara Portuondo, this is a hug of generations paying homage to one of the greatest of Cuban music, like Benny, in its centenary. It also features special guests like Johnny Ventura, rap artist Telmary Díaz and William Vivanco. ”

El Negro has spoken to Cuban press about how this project came about:
“It all started in the studio in Rome, Italy, more than ten years ago, when we were in the middle of the project but there was a crisis, the audience was left without an orchestra and we were given the master recordings and they said do whatever you want. I took it to New York and there we worked some of the numbers with the orchestra of Arturo O Farril, which was Chico O Farril’s before that, but now the dream has really reached its highest point, which is to be able to do this project with very young musicians. Returning to Cuba is like the beginning of the dream, the end will be to see the DVD made and see all these kids play, with the good musical education they have received, how well prepared they are.”

“… we have tried to carry it out with orchestras from other parts of the world and it has been quite difficult, that is, the point is the Cuban musicians, these Cuban winds that have a notion and a knowledge of rhythm and syncopation that is unique and the other is the public, which is the one that will best understand this music, because the Cuban listener is also accustomed to listening to very good music. ” 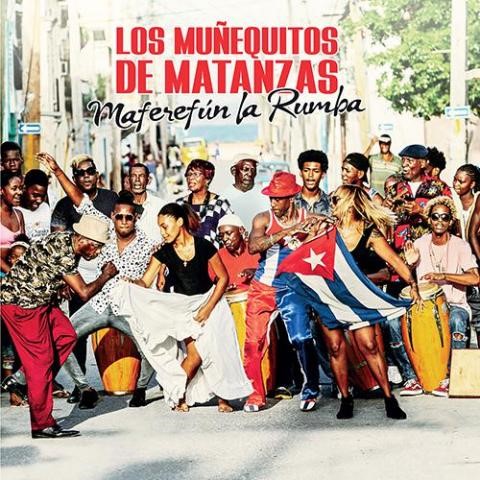 In the category of Afro-Cuban tradition, Maferefún La Rumba: Tribute to my Ancestors, from Los Muñequitos de Matanzas won. When the album was released Diosdado Ramos, leader of the group, told Cuban press:
“We have taken a time machine back in time and what we have there are songs from Los Muñequitos from many years ago, from the fifties, like La Gitana, all those  themes that were made forty years ago and more, we are recovering them now with these new young members that we have, that are doing well and every day we are getting stronger, because youth supports us. ” 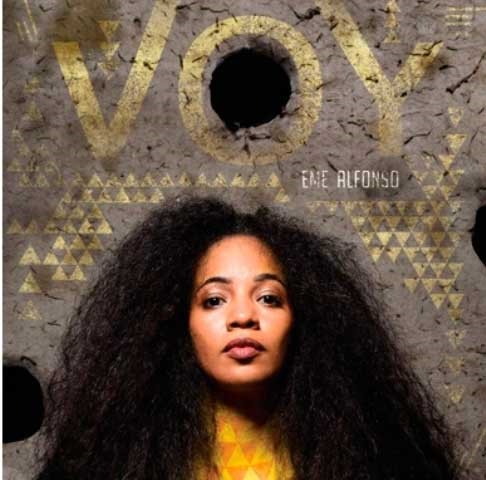 This won the Fusion award. When Eme was asked by the Cuban press ‘Where are you going?’ (as the album translates as ‘I’m going’).  She replied: “I’m going to the past and I’m going to the future, it’s the reunion with the old, the ancestral and with the new also.”

“… it’s a record of the world, I do not pigeonhole it, I think it would be nice to listen to it and listen to the coherence of the album from beginning to end … I’m very happy. As musicians we are never satisfied, we are already thinking about the next album, but I am happy with this result because I think it sums up a part of my life and in the future, at some point, people will understand my life through my music …”

Emilio Frías, El Niño recently talked to Cuban press about ‘Back to the neighborhood’, when it was a  project in its final phase. It won in the dance music category and was nominated in the categories of Dance Music and Sound Design.

This album, produced by EGREM “presents eleven songs, all are my responsibility. I have Germán Velazco, a very important arranger of Cuban music, invited to do a song called To be a singer. For the first time we have an intro and it is perfect for dancing “, explained El niño. ” And this is not about chachacha. (…) We have a pilon that is also called ‘El cousin’ and it is very popular live. (…) I’ve tried all the songs live and they worked perfectly. My other albums gave you the choice between dancing and listening; I think that if you want to listen to it, you will have to dance too, because it is a completely danceable album, even the chachachá is for dancing. This album is for the dancer, completely, clearly “.