Despite all the odds, Havana has pulled off a magnificent Biennial this April. With this Biennial’s slogan, ‘construction of the possible’, the curatorial team, despite the increasing constraints of the US blockade causing delays and shortages of materials, have produced more community based projects, more interactive works, performances, as well as some challenging exhibitions, and also extended their set of unique and serious art projects way beyond the capital city. There are many works really engaging with ideas of work in progress, in process.

In Havana, the signature event is again the Beyond the Wall /‘detras del muro’ project. This time with outdoor outworks not just along the 5+km Malecón seawall but also stretching up the Prado, Avenida de Puerto, the Colon neighbourhood and others – the essence of the title is about opening doors and windows in the wall. Every work is interactive and participatory. Some by foreign artists others by Cuban artists, from the monumental (such as the turtle by Roberto Fabelo) to the ephemeral performance of Carlos Martiel, to the pure fun of Arles del Rio’s ‘Transfusion’.

Transfusion by Arles del Rio on the Malecon

Apart from the Malecón there are also temporary artworks installed in parks, along Prado, Calle 23, Linea and much more.

On Calle Linea (Linea street) there is the launch of the ‘Cultural Corridor’ led by architect Vilma Bartolome of Laboratorio 26 and Espacios project – reaching through the Vedado neighbourhood to the Malecón seafront – with new graphic design on the street created with the participation of local residents. As part of this cultural corridor, there have been dance performances in the street by Carlos Acosta’s dance school and company AcostaDanza, performances by children’s theatre company La Colmenita and others.

Cuba’s national Art museum, the Museo Nacional de Bellas Artes, just off the Prado, is presenting 5 phenomenal new shows under the umbrella title ‘The Infinite Possibility: Thinking about the Nation’. ‘Points on Cubanidad’ brings together contemporary and older works to consider and question notions of Cuban cultural identity. ‘Island of Sugar’ explores what sugar production on the island has meant for its people – from 19th century paintings of plantation slave-owning families to heroic sugarcutting workers of the early 20thcentury to satirical works about production targets. 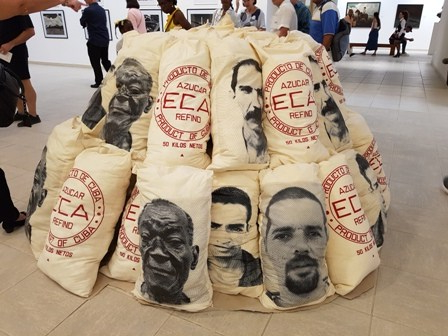 ‘Beyond Utopia: Re-readings of History’ re-evaluates traditions and national symbols counterposing new and old works. ‘Nothing Personal’ looks at race and racial identity – the work of artists over many decades exploring the African presence in Cuba and legacy of slavery to make it visible. ‘Interior Museums’ focuses on one installation by each of the highly influential Cuban artists Rene Francisco, Kcho, Carlos Garaicoa and Fors. 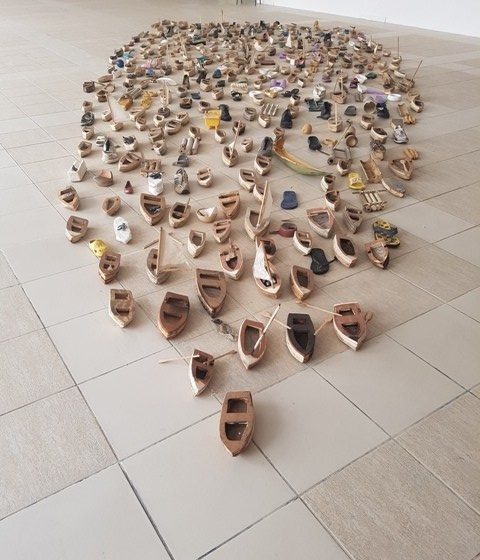 The Wifredo Lam Centre for Contemporary Art, just off Plaza de la Catedral, is the heart of the Biennial, where the curatorial team is based, and you immediately understand their desire to engage audiences as entering its inner courtyard there are woven structures hanging from above which you can participate in and interact with, an artwork called ‘en Proceso’ ‘In Process’.

Estudio 50 – in the former glass factory called ‘El Espejo’(The Mirror) in Plaza neighbourhood (usually used for film workshops by the local community) – presents ‘Illness has a colour’ with more than 30 Cuban artists and artist groups– many exploring history and (loss of) memory through interactive and multimedia works.

Making your way through Fabrica del arte (known as the FAC) in a former cooking oil factory – the brainchild of Cuban rock musician X Alfonso – is an incredible experience in itself following its labyrinth of small and large spaces packed with hundreds of art displays, live music and dance sessions. 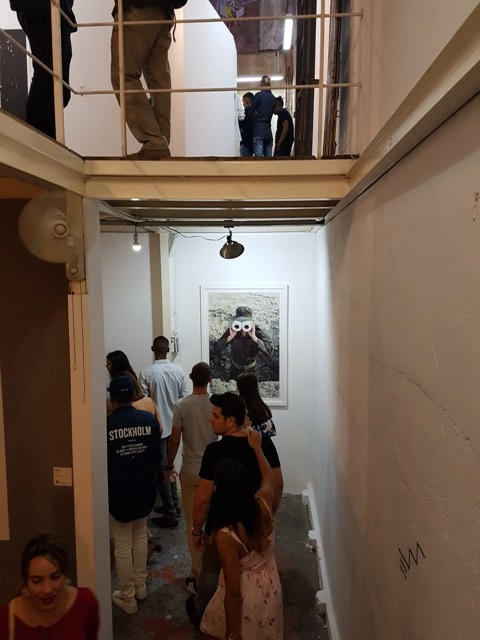 Hundreds of artworks on show at the FAC

At the Centre A+ project for teenagers which offers daily out of school activities in central Havana, curator Chrislie Perez has coordinated an incredible project over 3 months leading up to the biennial with 15 artists in residence working with groups of young people at the Centre called ‘Work in progress’. One standout mini project is the work of artist Glenda Salazar, whose work explores environmental issues and ecology. At Centre A+ she has collected seeds from plants indigenous to different regions of Cuba and supported local teenagers to grow plants in homemade wooden trolleys to create mobile herb gardens.

At the ISA (Instituto Superior de Artes – the University of the Arts at Cubanancan, Havana), the exhibition is ‘Indagar lo propio’ (‘Finding out the right thing’ is a rough translation) and the quality of the student work on show at all levels is very high. The photography department show is called ‘luz a tu propia quimica’ (‘Give light/give birth to your own chemistry’) and considers personal identity and leaving one’s own mark in many different ways. 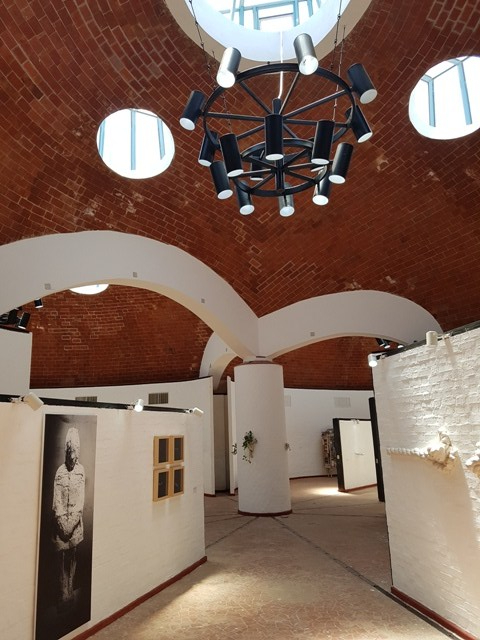 ‘Lo llevamos rizo‘ (‘we wear it curly’) is the project led by Cuban artist Susana Pilar at the Museo Casa de Africa, with activities for children and opportunities to celebrate black hair and explore history.

Taller Chullima is a fascinating collective project led by Cuban artist Wilfredo Prieto at his studio at a former shipyard on the bank of the Almendares river between Vedado and Playa districts. The geographical position is very apt as it is ‘in between’ and the project has invited artists from Cuba, Mexico, Brazil, Spain and Austria to explore how to bring the countryside closer to the city, interacting with the local community to cook collective meals. Cuban agronomist Roberto Fernandes Funes’s organic farm Finca Marta has participated in this project too.

There are many more events, gallery exhibitions, performances and conferences. Entry is free to almost all venues. The Biennial continues until 12 May but many shows and outdoor works will remain for some time longer.

Photos by Cuba50 or courtesy of Bienal de la Habana.