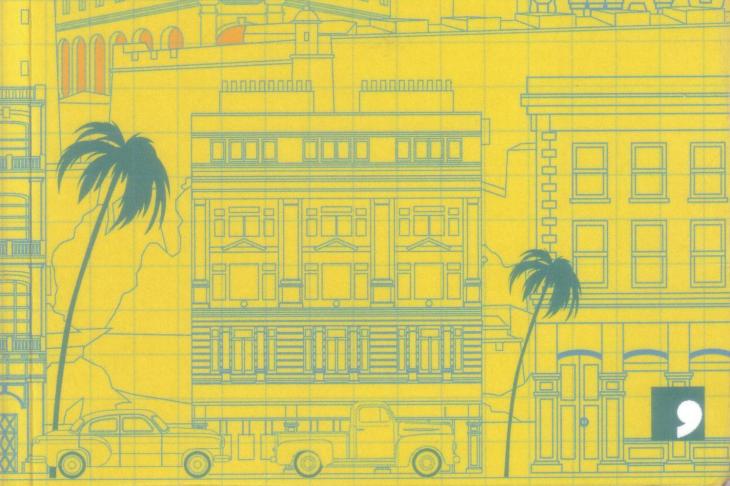 The editor of this new collection of short stories by Cuban writers describes the essence at the heart of these ten tales as “physical, emotional and psychological deterioration”. Of course the use of crumbling buildings as a metaphor for a crumbling society has become a cliché in fiction and the news, and is no truer for Havana than for any other place in the world. But this book actually reveals a short story scene that is full of life – with different styles, observation points, approaches and ages of writers as well as different views of the city.

A common theme in Cuban fiction, and film, over the last 25 years since the Special Period (and especially stories by non-Cuban writers set in Cuba) has been the focus on unequal relationships between Habaneros (or Habaneras) and foreigners, and young people’s desire to travel abroad.
“Are you in love with him?…Or are you going with him because he can get you out of your 8 square metres?…Do you really want to go?” – the friend asks in Cinthia R Paredes’s story. But this theme is at last refreshingly disrupted in this collection by some more universal human dilemmas.

Francisco Lopez Sanchez’s ‘An Ali Khan Day’ plays around with the power relationships between the young Havana man who, with his superrich foreign girlfriend, is enjoying “the easy life” that his Cuban girlfriend “could not give me”.

Eduardo Angel Santiesteban, the youngest writer here at 21, considers youthful hopes and dreams of adventures into the unknown – without foreign intervention.

In Eduardo Heras Leon’s ‘Love in the big city’ the young poetry-reading man from the provinces, feeling misunderstood by his own small town, arrives in the capital. “No kidding, guajiro…you’re the rookie of the year!” He is an innocent amongst “the city’s rotten teeth”, but resiliently maintains his ability to be kind.

Other stories also approach familiar themes with fresh eyes, such as that eternal gold mine, bureaucracy. Laidi Fernandez de Juan’s story of people’s Havana is hilarious and full of human warmth. Eduardo del Llano offers a darker but still funny take on keeping up with the neighbours.

The oldest writer, the crime author who died this April, Daniel Chavarria, gives a revealing but fictional testimony of the El Salvadorean mercenary Cruz León, who planted bombs in Havana hotels in 1997 on orders from terrorist Posada Carriles. Cruz’s mantra: “I believe life is just a jungle: the bigger animals eat the smaller ones” floats in complete contrast to the Cuban spirit of solidarity.

The last 15 years have seen the city (set to celebrate 500 years next year) undergo a carefully planned process of regeneration and renovation, of public buildings and homes, providing jobs, training and community and cultural centres, but it has also been wrecked by several hurricanes, not to mention economically strangled by the US blockade.

These stories, by male and female Cuban writers living on the island, from different generations, with different approaches, reveal Havana life as equally complex, diverse and in constant change.

The Book of Havana: A city in short fiction
Edited by Orsola Casagrande, Comma Press, April 2018