It included a theoretical discussion in Bayamo's Casa del Joven Creador (Young Creators Centre) with a talk on how Rock de la Loma came about by Pavel Reyes, and a conversation between the band Antidemo, of Brazil and Bloodshed, of Granma.

The themes discussed led by members of the panel included "Cultural development of metal in Cuba", by Mariela Fernández Lozano and "Evolution of the Artemisa Rock Evolution Festival", by Flores Enrique García.

Presentations of magazines ‘Jesus is my rock', ‘Metal in your veins', ‘Subtle Death' took place, and demos of the bands Desboce and Blinder.

The live performances of the bands have always been the most important aspect for many rock fans in Granma and surrounding area who traditionally go to the city, to look for the possibility of seeing the groups play live.

As in previous years the band that was the most impressive was Blinder, from Santa Clara; followed by the Brazilian Antidemo, Bloodshed, of Manzanillo; Strike Back from Camaguey; Trendkill, from Havana and Spermask, from Holguin.

The festival also included discussion of videos and meetings for tattoo artists.

Asociacion Hermanos Saiz (AHS) also coordinate, together with the Cuban Rock Agency, the National Rock Festival (Metal HG) in Holguin each September, also now in its 13th year, and is the most important event in the Cuban rock scene. 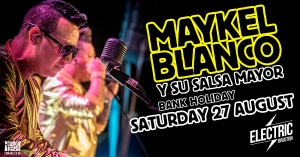