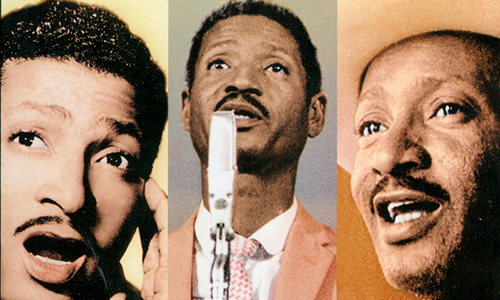 On an August day in 1919, 100 years ago, in the small town of Santa Isabel de las Lajas in central Cuba, a young boy named Bartolomé was born. His birth went unnoticed. He was the oldest surviving child in a desperately poor rural family of 18. Only six of his siblings made it into adulthood. Campesino life – and death – was grindingly hard in the 1920’s.

Bartolomé (later to be known as ‘Benny’ of course) was descended from slaves. His great-great-grandfather, Ta Ramon Gunde Moré, was the first ‘Rey’ of the African Congo house in nearby La Guine and he spent precious childhood time here playing the Congo music of Yuka and Makuta (which form the African roots of much Cuban music including rumba and conga). Alongside this he also joined in with traditional campesino songs as he worked in the fields.

By the age of 9 he had built himself a ‘tres’ guitar and soon his hometown was being treated to his brilliant improvisations in country style. Little did his schoolmates suspect that this ability would result in him fulfilling a wondrous destiny and, in the process, make their poor town famous around the world.

Bartolomé always got good marks at school, especially in writing; but poverty forced him to leave at the age of 11. He returned to the cane fields and to feeding the animals. But he didn’t stop singing and after a short spell as a teenager selling fruit in Havana, he resolved to try his luck as a musician in the capital city.

In 1940, he found himself singing and drinking in Havana bars and taking in the vibrant music scene which existed alongside chaotic and murderous politics. Whilst Arsenio Rodriguez was lifting the ‘son’ to new heights and Miguel Matamoros was having hit after hit with his group, Bartolomé began to enter radio talent contests. After initial failure, his second attempt resulted in a clear victory which put him in the public eye and won him a coveted series of radio performances. ‘Benny’ had his ‘chance’ at last.

In 1945 there occurred one of those moments of fate which form part of the Benny legend. Siro, a member of Matamoros’ trio, heard him singing at the studio and immediately put him forward to replace indisposed leader Miguel on that night’s show. He was so good he was hired immediately for a tour of Mexico. Once the tour was over, he decided to stay and Matamoros gave him some sound advice – to change his name from Bartolomé (which was a nickname suggesting a donkey) to Benny.

Another exile hungry for success was Damas Perez Prado who had been banned from Cuba because his music was too wild. Benny joined his band in Mexico and within a year they were huge stars across Latin America, thanks to Prado’s infectious Mambo music, Benny’s inimitable voice and stage presence and the huge number of films and recordings that featured them both. Benny took full advantage of the party lifestyle that his Mexican success brought him.

Benny returned to Cuba hungry for more success. He travelled first to Santiago and then to Havana where in 1951 he sang with the orchestra run by Bebo Valdés (father of Chucho Valdés) and it wasn’t long before he was recording hits and making regular radio appearances with the best band in town, the Ernesto Duarte Orchestra. But Benny, now rightfully known as ‘El Barbaro del Ritmo’ (the wizard of rhythm) had bigger ideas.

He wanted to form his own big band – he now had immense musical knowledge, fantastic songs, an inspirational voice, a brilliant ability to sing in every Cuban style, a charismatic stage presence, stylish dress sense and – despite his inability to read or write a note of music – the deep respect and love of the best musicians in the country. It was only a matter of time before Benny made his fans’ dreams come true by forming, in 1953, the Banda Gigante.

From this moment on Benny Moré took his place as the king of Cuban music – he never stopped playing concerts, recording and appearing – always at the top of the bill – on radio and television. Benny toured all over Cuba and America and always took his full 21-piece band with him. His loyalty to his musicians even got him jailed in Venezuela when he beat up a corrupt agent who failed to pay his ‘tribe’ as he affectionately called his bandmates. Of course, he always found time to go home and spend time amongst his fellow ‘Lajeros’. But he had big problems – his drinking had so affected his health that combined with his non-stop schedule it soon resulted in him collapsing and nearly dying of liver failure.

The triumph of the revolution in 1959 saw a host of musicians taking flight to Miami. Benny Moré chose to stay ‘con mi gente’ (with my people). He cut down the drinking and continued to present his band in triumphant concerts across Cuba virtually every night, despite his doctor’s advice to take it easy. He was guest of honour at the first festival of Cuban music in Havana in 1962. Fidel was proud to meet him and he suggested he might do something for the youth who were helping to eradicate illiteracy in Cuba. Benny offered to play a show every Thursday afternoon in central Havana and he never missed a single show.

Then one night in 1963, Benny went to play a show near his home town. Half way through his usual electrifying performance, he collapsed. He was rushed to hospital and, despite the attempts of Cuba’s top doctors, he died on 18th February at the tragically young age of 43.

Over 100 000 people followed his funeral cortege. Fidel sent a wreath and a troupe of army officers to help carry the coffin. His body was returned to Lajas where a Congo ceremony sent him on his way and he was buried in the town cemetery amongst his beloved people. The bare facts of his life are legendary in Cuba. His tomb is a shrine for thousands who regularly make the journey to Lajas to pay their respects. Films, books, statues and songs have attempted to capture the magic of this poor Campesino Congo from central Cuba.

But the highest tribute is that Benny is universally regarded as the greatest artist in the history of Cuban popular music – quotes, stories and homages paid by Cuba’s most successful musicians and artists show there is never any doubt that Benny was, is and always will be the best of them all. Helio Orovio, Cuba’s top musicologist stated “in many ways Benny can be seen as the culmination of the evolution of Cuban musical art”.

Benny is remembered for his great dance tunes such as ‘Rumberos de Ayer’ (rumberos of yesterday), ‘Verguente Camaguey’, ‘Maracaibo Oriental’(Eastern Maracaibo) and ‘Que buena baila usted’ (How well you dance) combined with magical, slower boleros such as ‘Te quedaras’ (please stay), ‘Hoy como Ayer’ (today as yesterday), ‘Como fue’ (how did it happen?) and ‘Oh Vida’ (Oh Life!) were amongst hundreds of songs which continue to be played and loved to this day.

With his Campesino hat and his Congo cane, neither a Habanero nor a Santiaguero, Benny was a hero for all Cubans. When asked for his opinion, Nicolás Guillén, Cuba’s national poet said simply: “The Gods Die Young”. 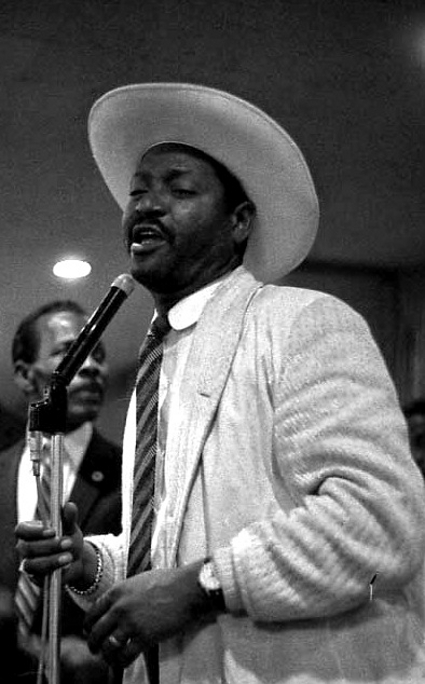 Watch Benny Moré with his Banda Gigante at their best.

‘Benny More: Elige Tu, Que Canto Yo’ Listen to this track that sums up Benny’s popularity – ‘you request it, I’ll sing it’

‘Benny More: Te Quederas’ Maybe his best bolero, and one that sums up what we all feel about Benny.

The most comprehensive, entertaining and informative history of Cuban music in English. The political history of Cuba itself is brilliantly examined through the story of its music.