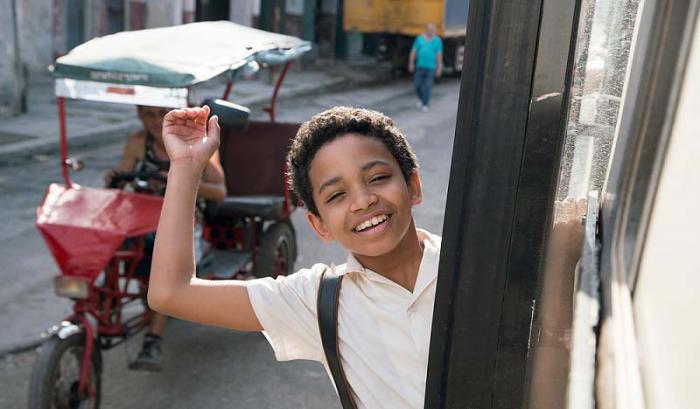 The British scriptwriter Paul Laverty, who won the screenplay award at the San Sebastian Film Festival, in Spain, for the film Yuli, inspired in the life of Cuban dancer and choreographer Carlos Acosta, described the blockade as “a disgrace that must end.”
Upon accepting the prize, Laverty, who has written scripts for outstanding directors like Ken Loach, stated, “Some 58 years ago, the U.S. imposed a blockade on Cuba, a blockade that is illegal, that is condemned every year in the United Nations, and is only supported by two votes, those of the U.S. and Israel. Two experts in applying collective punishment on civil populations. Two bullies, shameless hypocrites. We must do away with this disgrace; the blockade of Cuba must end.”
Laverty joins the long list of artists and intellectuals who have spoken out against the blockade, such as filmmakers and actors Oliver Stone, Benicio del Toro, and Robert de Niro, as well as musicians like Manu Chao, Tom Morello, Chris Martin, and Chris Cornell, among many others.
According to official figures, since its inception the blockade has caused losses valued at more than $933,678,000,000, and in the cultural sphere the hostile policy has hampered interaction between artists in the two countries, and created obstacles to the acquisition of musical instruments, instructional software, and studio equipment, among other damages.
Laverty’s comments were featured in the press covering the festival, where Yuli was acclaimed, with members of the cast on hand, led by Carlos Acosta himself and actress Laura de la Uz. Also playing important roles in the film were professor and choreographer Santiago Alfonso, Andrea Doimeadiós, and producer Claudia Calviño.
Acosta (La Habana, 1973), one of the greatest dancers in the history of Cuban ballet, commented that the film, described as “dazzling” at the festival, based on his autobiography No Way Home, can serve as an example of perseverance for Cubans.
“It is the triumph of a humble Cuban family and can serve as a mirror for all Cubans who on a daily basis confront adversities,” he said.

Link to original report at Granma.cu

Watch the trailer for YULI

How are community arts supported in Cuba? One way is through the system of hundreds of Casas de Cultura (local community arts centres) across the island which offer informal education and workshops from nursery level to university of the third age, with numerous festivals, competitions and other platforms - enabling access to all to create as well as consume arts and culture. Read the interview in English with vice-president of thr network of casas de culturas about the successes and challenges at https://cuba50.org
You can catch this film 'Soy Cubana' (2020) online now up to sunday 31 October as part of Africa in Motion film festival in the UK presented in partnership with Havana Glasgow Film Festival. The Vocal Vidas are an all-female a cappella group from Santiago de Cuba, the cradle of Afro-Cuban music. In 2017, they were invited to perform in the United States for the first time. The film tells their story of that experience.
"...listen with fresh ears to this tribute to the roots of Cuban dance music and discover that –  in the end – there is no substitute for great musicians playing great songs."
On 20 October each year Cuba celebrates their National Day of Culture ‘Jornada de la Cultura Cubana’. The day marks the anniversary of the first time the National Anthem was sung, near the beginning of the struggle for independence and to end slavery.
Catch a special screening on 29 October from 35mm film of the documentary ‘Buena Vista Social Club’ to mark the 25th anniversary of the release of the original album.